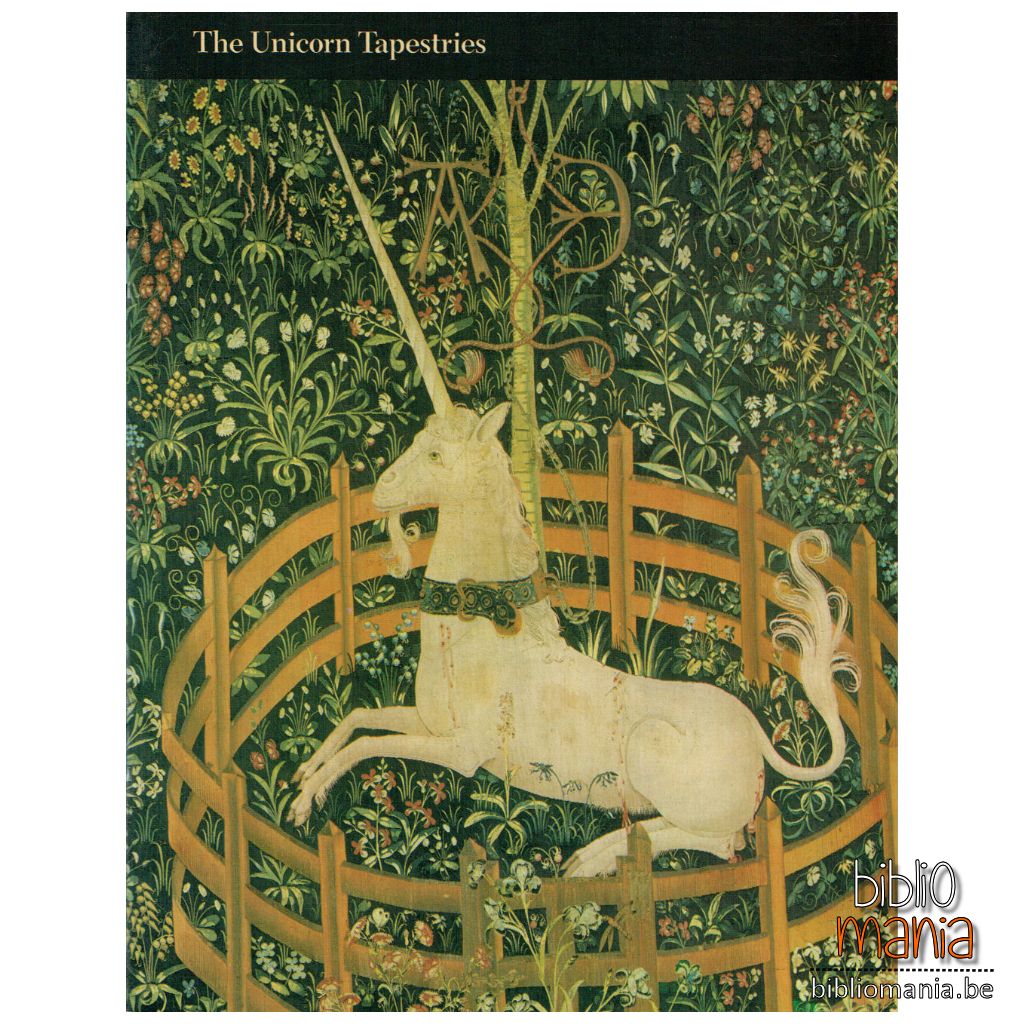 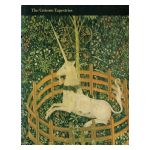 Paperback / 48 bladzijden / uitgave 1974
taal (talen) : engels
uitgever : The Metropolitan Museum of Art
afmetingen : 281 (h) x 218 (b) x 5 (dk) mm
gewicht : 170 gram
BESCHIKBAAR
Alle prijzen zijn BTW inbegrepen
Within a flowering glade at the edge of a forest, one of the greatest adventures ever portrayed in the history of art is about to begin. It is a medieval hunt, but no ordinary one: the hunters in the first of seven splendid tapestries are setting forth to capture the legendary unicorn. Of all the fabulous creatures recorded in ancient bestiaries, from the two-headed amphisboena to the black yale with flexible horns, the one most familiar to the modern world is the unicorn, which has never ceased to fascinate mankind. The Cloisters tapestries have undoubtedly contributed to keeping the unicorn image as alive today as it was when the set was woven about 1500. Then everyone believed in the existence of this marvelous creature. The mastermind who conceived the tapestries, in a stroke of genius, decided to integrate the unicorn story with the procedures of the medieval stag hunt. This concept was subsequently executed with monumentality, incredible detail, technical brilliance, and subtle coloring in some of the finest tapestries produced during the Middle Ages. The pictorial effect of these hangings is enhanced by their symbolic content: personalities, flora, fauna, and particularly the unicorn himself have both religious and secular meaning.

The first tapestry shows three noblemen about to begin their search for the unicorn. Instead of protective leather leggings and other practical accouterment, they wear sumptuous outfits and feathered hats. Unsuitably dressy as they may be for pursuing game, these costumes add immensely to the richness and color of the tapestry. The chief participant in the chase is the young seigneur or lord (second from left). Accompanying him and his two dignified companions are the hound keepers and a page placed in the upper right corner, who is probably signaling that the unicorn has been sighted. Strapped over the lord's shoulder is a hunting horn; each of the hound keepers has one too. They hold their charges on leashes, awaiting the start of the chase.

The Unicorn Tapestries reveal an abundance of trees, flowers, and shrubbery: in the entire series there are more than one hundred species, about eighty-five per cent identifiable. The first tapestry and the last are particularly rich in flora; both strikingly different in design from the rest, they have what is called a millefleurs background - scores of plants in a highly stylized "fantasy" setting reminiscent of the flowery meadows that so delighted people of the Middle Ages. The other tapestries show plants growing in their natural habitats: by a stream, in an orchard, a field, or along a garden fence. It is interesting to note that the human figures in the first tapestry are depicted with a certain stiffness that differentiates them from the more naturalistic characters in the other tapestries.

In spite of their attention to botanical accuracy, the designers and weavers ignored the seasons by juxtaposing plants in flower that ordinarily bloom at different times of the year. For example, a cherry tree laden with midsummer fruit appears here with springtime daffodils. Thus each plant is revealed in its prime, producing an enchanting ensemble of the best that nature has to offer.