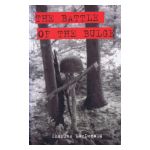 The Battle of the Bulge was fought over the succeeding eleven days, involving more than a million men. It was the result of the most abysmal failure of battlefield intelligence in the history of the U.S. army.

Very few books of military history present such a vivid and realistic picture of the confusion of the battlefield. In his masterly account, MacDonald achieves a perfect balance between detail and the overall picture.

Written from firsthand experience, his book is as valuable to the historian as it is to students of war and to anybody eager to know how it felt in one of the Second World War's most bitter conflicts.

'Turn to MacDonald, who was there, for the feel and the surge of the battle.' Daily Telegraph